When I was trying to download a few scenes I have got the corrupted files in multiple cases. 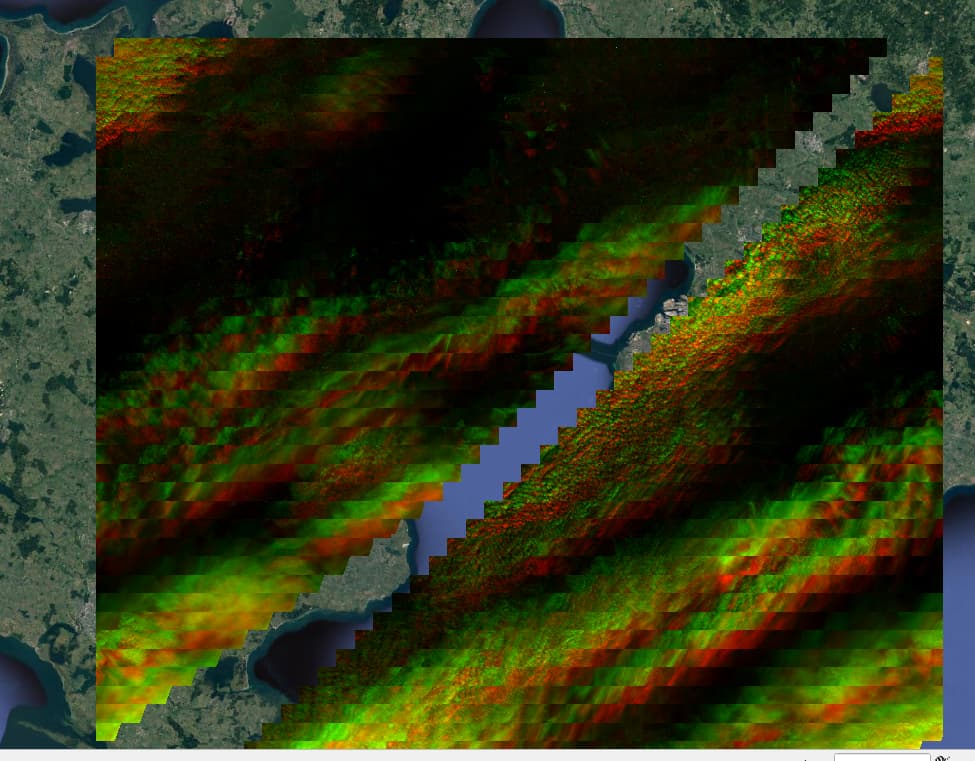 Also, when I have tried to apply the atmospheric correction method: 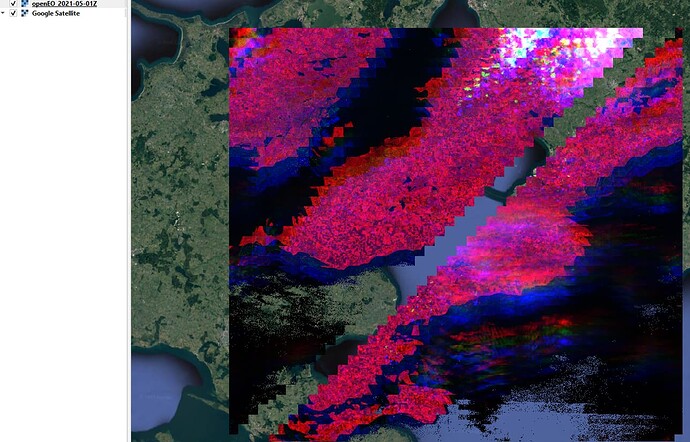 Hi Andrea,
I’ve tried to reproduce your problem, but wasn’t able to get the corrupted tif just yet.
Let’s focus on the first case, (without atmospheric correction).
For the given date range, I would expect that the batch job generates multiple tif files. Which one do you visualize?
Or is it possible to reproduce with a script that only looks at a single day?

Firstly, I’ve tried different temporal extents (2 different months) and I got these: 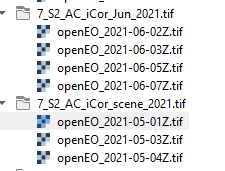 Thanks, I now managed to see some of the corrupted files. The geotiffs are assembled incorrectly, which is certainly not supposed to happen. They also do not contain overviews, which makes loading fairly slow for such large files.
I’ll give this high priority for a fix, but may take till monday to get something deployed.
Will let you know if I find a workaround, as it appears that it does work in a number of other cases.

By the way, if it’s download that gets interrupted for some other reason, then you should still be able to download your results in the web editor or with the Python client. Almost all of your jobs have succeeded, so it’s mostly the problem inside the files themselves.

Thanks for your update.

Could you elaborate on this topic please

?
Why when a job is finished then I have a difficulty to download data?

The data are not downloading, and it happens frequently that eventually there are not data. I have been waiting sometime for a half a day or day. Runinng mulitple times but without results 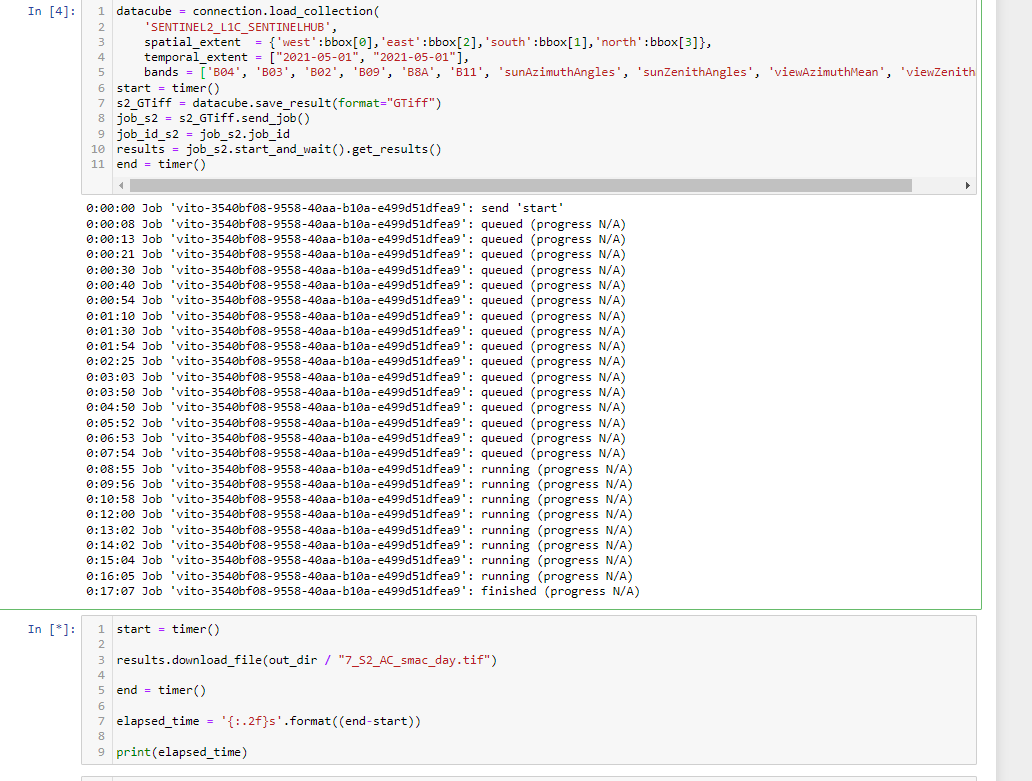 the download after the job has finished should certainly not take that long. I’ve now run the same job multiple times, and over here it’s very fast.

Could you perhaps try using the editor at https://editor.openeo.cloud ? The screenshot below shows where the download link is located: 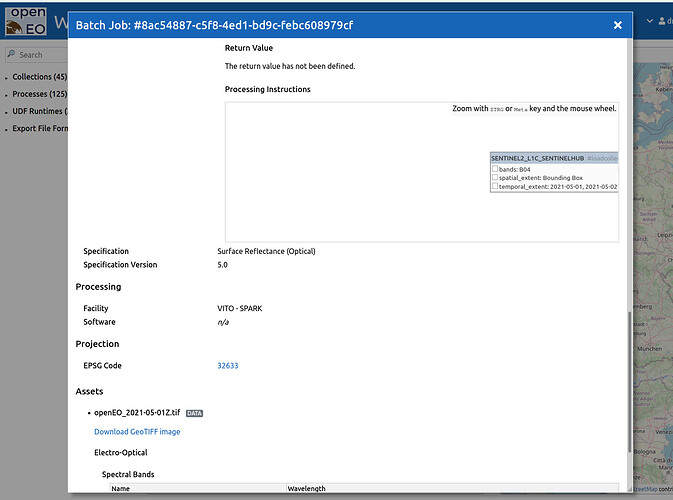 I’m still pinpointing the exact cause of the corruption, in a lot of very similar cases, it does work fine, so I’m going through the various options.

Hi Andrea,
the first part of the problem has been fixed, and I no longer get corrupted geotiffs. You could try this yourself on our development endpoint (openeo-dev.vito.be).
There is however a second part, causing the georeferencing to be wrong (this is what caused the corruption in the first place, but it was hard to see). I’m still working on also resolving that!

Hi Andrea,
apologies for still taking so long, but it’s now fully fixed on openeo-dev.vito.be, so geotiff should not be corrupt and correctly georeferenced.

We’ll continue with rolling this out in production next week.

have a nice weekend,
Jeroen