Do you know why data from the SENTINEL1_GRD collection shows missing pixels? The white spots in the images shows no data in the images. Addiotnally. there are white vertical strips present which should not be there.

This sctipt was used to produce the below images:

@sulova.andrea Is the data from the images a direct visualization of the s1_cube or after you applied some ard processing already?

I was able to produce similar images as you but only after running the ard_normalized_radar_backscatter. There seems to be an issue with the default DEM (which is Mapzen). I suggest you specify (elevation_model=“COPERNICUS_30”) in the backscatter process which is in general of better quality (outside of the US) and shouldn’t have those issues.

Thank you @daniel.thiex . It seems better to use ard_normalized_radar_backscatter with COPERNICUS_30 but there are still missing pixels.
Example: 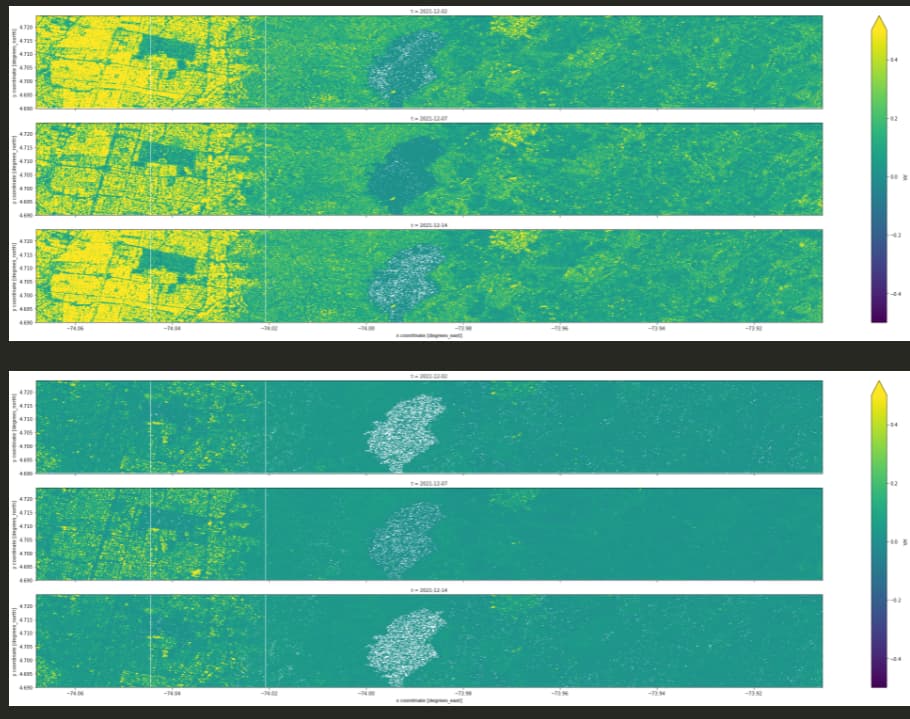 Is it possible to digest the internal DEM to the ard_normalized_radar_backscatter process?

Additionally, do you know why we are getting the vertical lines in images?